So I know it doesn't take a rocket scientist to know how to work a sewing machine but they used to scare the you know what out of me.  Some of my friends showed me how to use one and it wasn't as bad as I thought it would be!  Setting it up for the first time...now that's a different story.  It took an hour or two and I even watched the instructional DVD that must have been filmed in the 80s.  I've got it under control now though!
I received some of these "custom" burp cloths as baby shower gifts and I really love using them!  I decided to make some more and even make some for a dear friend of mine.
You just start with a regular burp cloth/ old school cloth diaper. 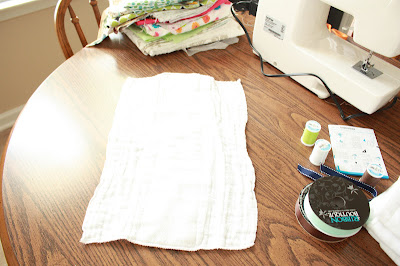 Then you cut some fabric that is a little longer than the width of the cloth.  Remember you have to fold all the sides under a smidge.  You are probably supposed to iron everything but I don't iron...ever.  The End. 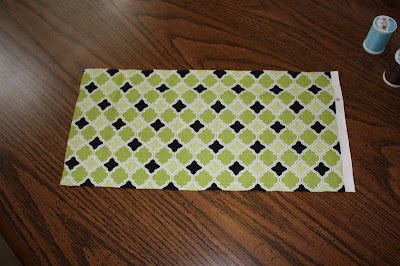 Fold all the sides and then pin it onto the cloth exactly where you want it. 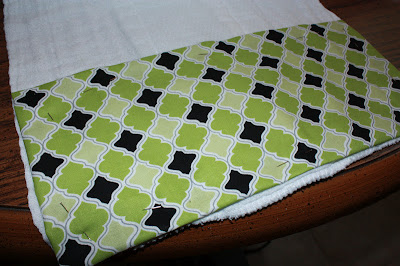 Then start sewing away...stitching away?  Who knows...I'm new at this. 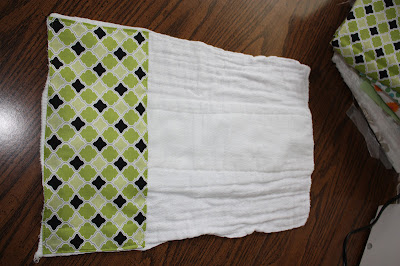 Once you have your rectangle of fabric sewn on you are almost done.  Really you could be completely done now if you would like.  I'm adding ribbon to mine though.  You just pin it exactly where you want it and don't forget to cut it longer than what you need it so you can fold the edges under. 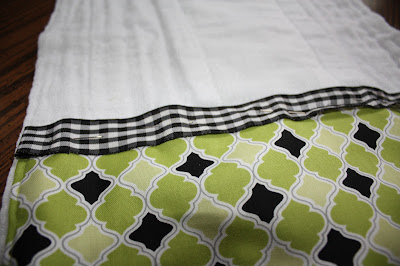 Sew away! Watch those fingers...one of my biggest fears...next to running out of all the toilet paper in the house. 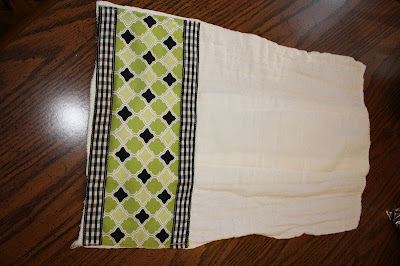 All the sewing is now complete.  Just wash it up and then wipe up some spit up. At least you'll be doing it in style! 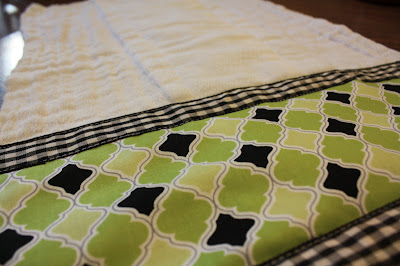 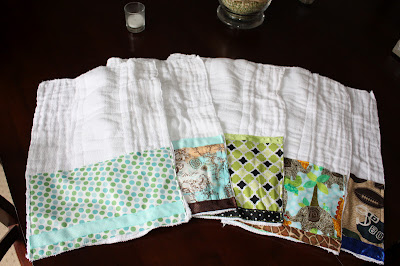