I have been wanting some cute little flowers for my nightstand.  Seems like such a simple thing but with a new baby around it takes a bit more effort to get loaded up and to the store and then a bit more effort to actually assemble a project.
I bought this little glass vase at the Dollar Tree for you guessed it...$1. 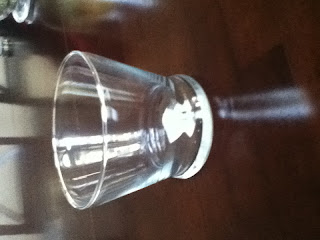 I didn't want it to be clear so I primed it and then spray painted it with some ORB spray paint.  Then I put some styrofoam down in the base of the vase.  I bought some silk flowers and greenery at Hobby Lobby while they were 50% off (if they aren't 50% when you go, just be patient...they will be next week) and trimmed them down and inserted them into to foam.  I actually cut the greenery apart stem by stem (all of the greenery in the picture was from one piece and I still had left overs). 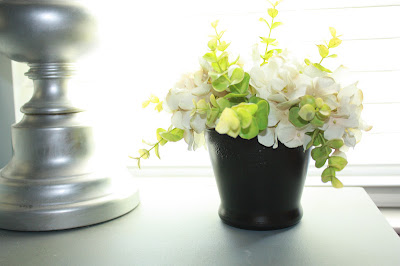 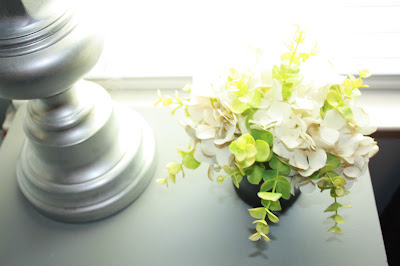 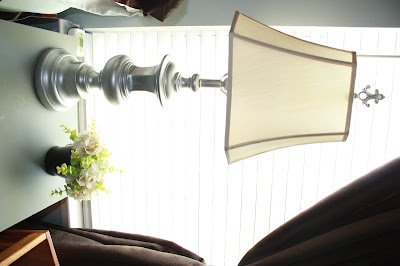 Small change but it makes me smile when I see them!

Email ThisBlogThis!Share to TwitterShare to FacebookShare to Pinterest
Labels: flowers