After work today I took myself on a little field trip to Ikea.  I usually hate that store because it is so big and so overwhelming.  Not to mention most of the stuff seems/looks cheap.  I was surprised though.  There were a bunch of items there I found myself adding to my wish list. 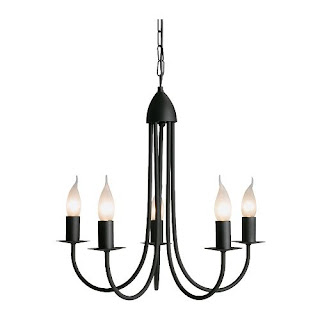 Molnig Chandelier $39.99- I would be hanging this above my lovely (well it's not so lovely right now...but it will be...geesh) garden tub in the master bath. 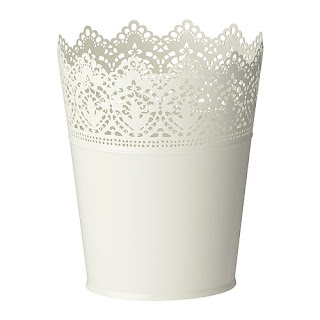 This adorable little pot.  $3.99.  I want to get some ivy to put in it and put it on the kitchen counter.
There were a lot more things that I liked but I can't seem to find them on the website...go figure.
What I bought: 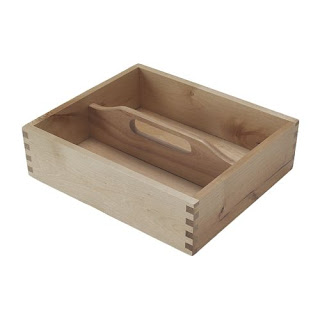 Cutlery tray for the silverware.  In the new house our drawers seem to be on the small side and so far this is the only thing that fits. $5.99 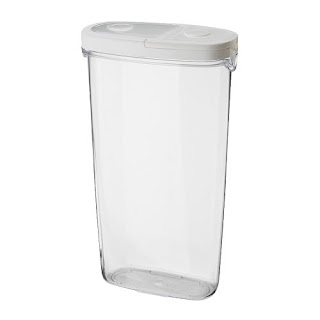 Storage bin for spaghetti! I bought 2 though.  I mean, they were only $4.99, who wouldn't?
I also bought a pack of paint brushes and a pretty pink tray.  The tray was supposed to be for my husband for him to put his grill items on so he won't take the nice plates outside.  He was not thrilled with the color.  Oh well.
Posted by Megg at 9:00 AM